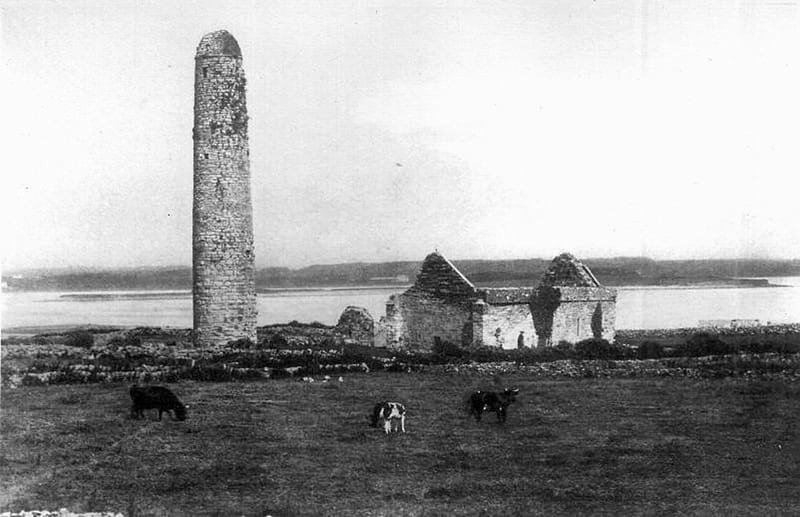 Inis Cathaigh, or Scattery Island, is strategically located at the mouth of the Shannon, guarding the entrance to the calm waters and rich farmland along the shores.

The island first appears in the history books as the home of a mythical beast called An Cathach, for whom the island was named (Inis Cathaigh means 'Island of the Cathach' in English). It is said that a holy man known as Senan drove out the beast from the island in the year 520, claiming it as his site for a monastery and place of reflection. Over time, the island's population swelled sufficiently to require the construction of several chapels, an oratory and the imposing round tower that is standing to this day.

This tantalising prospect was raided by some of the earliest Vikings (Danish and other Norse invaders) to the west coast of Ireland, with the first of many such raids occurring in 815.

In later times, when the city of Limerick had been established by the Danish, they had extended their kingdom as far as Scattery Island by 970, using it to control maritime traffic on the Estuary towards Limerick and as a base in its own right. Indeed, in 974, the King of the Scottish Isles made a daring capture of Ivar, King of Limerick, from Scattery Island. Ivar escaped the following year, only to meet his death in 977 on Scattery Island at the hands of the famous King of Thomond (and, later, Ireland) Brian Boru.

Up to 1969, Scattery Island was inhabited by several families, many of whom farmed sheep on its fertile soil.

A tour to the Island is recommended and can be visited from the nearby town of Kilrush. Visit Scattery Island Tours for more information.