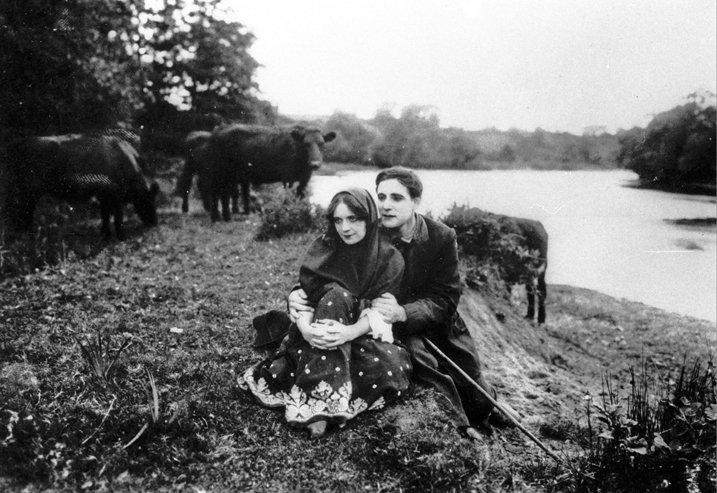 If you look out across the gentle lapping waters at Labasheeda Quay on a quiet night, it is hard to imagine that 200 years ago, this tranquil part of the Shannon Estuary Drive formed the scene of a callous murder, yet indeed, in 1819, the entire nation was scandalised by the details of the Colleen Bawn case. Ever since, the Colleen Bawn has been immortalised in poetry and song, on stage and the silver screen, and even inspired a potent cocktail.

The Colleen Bawn—the anglicisation of the Irish An Cailín Bán, meaning 'white or pure' girl—was Ellen Hanley, a beautiful girl of fifteen from a farming background in Ballycahane, in County Limerick.

John Scanlan, of Ballykehan House, was a member of the upper-class ascendancy in his twenties. Scanlan became infatuated with Ellen and proposed to the young girl. Despite her misgivings about the difference in social status, Scanlan convinced Ellen to elope with him, and they were married in secret.

Within six weeks, however, the impetuous Scanlan had apparently tired of the relationship, and hatched a plan with his servant to kill her. The plan was to have the servant, a man called Stephen Sullivan, row Ellen out to the middle of the Shannon on the night of the 14 July, 1819, and to kill her there.

On the night of July 14, 1819, Sullivan rowed Ellen out to the middle of the Shannon, but lost his nerve. He returned to his master at shore at Glin, a small village across the Shannon from Labasheeda. Scanlan plied his servant with whiskey and sent him and Ellen back out on the Shannon once more. This time, Sullivan killed Ellen, shooting the girl with a musket before the servant stripped the body of clothes and jewellery. He then threw her body overboard, tied to a rock.

A few weeks later, the Colleen Bawn's body washed ashore at Burrane, near Knock on the Clare coast. By this time, the alarm had been raised by her family, and both Scanlan and Sullivan had fled.

Scanlan was first to be apprehended, and his trial took place in March, 1820. It was expected that Scanlan, as a member of the aristocracy, would be acquitted, not least as he was represented by Daniel O'Connell, the great Liberator, who was one of the foremost lawyers of the day. Nevertheless, due to the horror all classes felt at the cold-hearted murder, Scanlan was found guilty and hung. Some months later, Sullivan was caught and he, too, was found guilty and hung.

At Burrane, where the Colleen Bawn washed up, a local man called Peter O'Connell offered his grave (which he had just bought) for the use of her mortal remains.

During the Victorian era, however, the popularity of the Colleen Bawn story saw the gravestone erected in her memory chipped away by souvenir hunters until nothing of it remained. In more recent times, a new monument to her has been erected in Burrane Cemetery (close to the Killimer-Tarbert Ferry).

The tragedy of the Colleen Bawn has long been a favoured theme for the arts. The earliest successful endeavour was The Collegians, a novel by Gerald Griffin who, as a young reporter, had covered the trials of Scanlan and Sullivan. This novel inspired Dion Boucicault's drama The Colleen Bawn (Or, the Brides of Garryowen). For modern readers unfamiliar with the name, Boucicault was perhaps the leading playwright of the English-speaking world for four decades (1840-1880).

Julius Benedict's opera The Lily of Killarney is based on the same case. In the following decades, the rise of motion picture saw several early movies inspired by the tragic story.

In modernist literature, The Colleen Bawn gets a mention by no less a figure than James Joyce in a satirical catalogue describing The Citizen in Ulysses [12.194].

Another giant of the modernist literary scene was the caustic Flann O'Brien (Brian O'Nolan), author of the Poor Mouth, At Swim-Two-Birds and the Third Policeman. The Tyrone-born wit was sufficiently inspired by (or at least aware of) the story to take as his Irish Times pseudonym 'Myles na Gopaleen', one of the principal characters in Dion Boucicault's play about the Colleen Bawn. 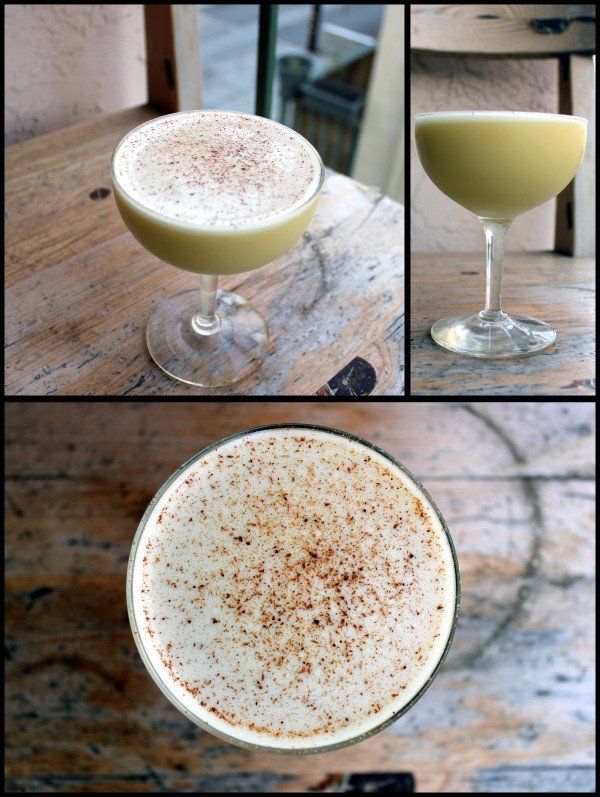 It is perhaps unsurprising that The Colleen Bawn, with its Irish setting, maudlin overtones and more than a whiff of alcohol to the case, had inspired a cocktail as long ago as 1903.

Containing 216 calories, a whole egg and not one but two herbal liqueurs, it might be a stretch to call it beneficial to the health, but it's certainly worth trying one while in the area if you fancy something to take the bite off the wind on a chilly day.